My name is Eli, 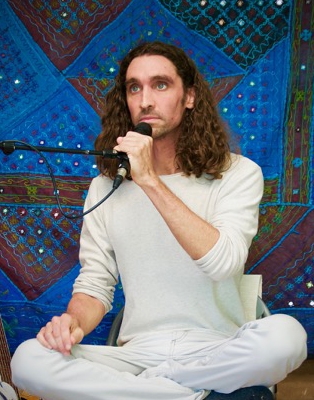 In 2013 my life took a radical turn. At that time I started to be in contact with lots of new information that totally amazed me. Not only because the information was mind-blowing, but also because it happened in a series of extraordinary synchronicities. As I was receiving it, my consciousness was uplifted, my body was shaking, and my whole being was responding with an absolute “yes”.

Although the information was diverse and delivered by many different sources, it all seemed to point to the same message:

“All the things you have learned before about yourself and your reality were only meant to prepare you for a new beginning. First, you needed to know the exact energies that you are going to transform. Now, you can loosen your grip on what you think you know and become what you want to create”.

From this point forward, many of the things I knew about reality started to dissolve, giving space to a totally new approach to life. Especially in the spiritual area, where many concepts and ideas I had, were gracefully washed away, as I was led to an extraordinary new paradigm of existence.

Even though I had explored different paths that had brought me amazing experiences, I had never felt before so intimately connected to the universe. An intimacy that can’t be really understood and yet, an intimacy that doesn’t require any proof for its existence, a sense of being deeply loved by the universe as I am. A love that doesn’t depend on what I do or what I believe. A love that has always guided me towards experiences that were always meant to support me in my growth and evolution, whether I was embracing it or trying to run the hell away from it.

In that same period, my artistic musical soul got into the right field to share a new type of music blended with love, colors, silence, sensual rhythms, and magical sounds coming from this new dimension.

In 2013, I recorded the album Glory of the Lotus, one-hour music for meditation, exploring the senses as a gateway to the center of the heart. This precious diamond was refined and polished for a year as I was diving deep into the process of meditation. There, I began to learn to create the appropriate music to transport the listener into the heart, reconnect with the wisdom of the soul, and re-align the body and mind with sounds that carry the extraordinary energies of the new paradigm.

Coming from playing bass guitar in rock’n roll bands in Paris, the transition to the music I play now, was totally unexpected. As unexpected as it is for me to be in a position of transmitting the energy of the new consciousness. Yet, I always felt, but could not name it, that I was in some sort of incubation process, being prepared to be part of an extraordinary time of collective awakening, where you are invited to join me along. 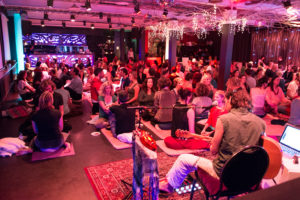 Through hypnotic and sensuous music, you are invited to a unique experience where sounds carry you into a healing space through deep relaxation. The music I play has the capacity to transport you to your inner realms where you can meet yourself and enjoy pure being.

Using a variety of sounds and voices, I create soundscapes by recording layers of melodies and rhythms with a loop-station, allowing a full range of frequencies to re-align body and mind and nourishing heart and soul.