Inner fears, time to face it 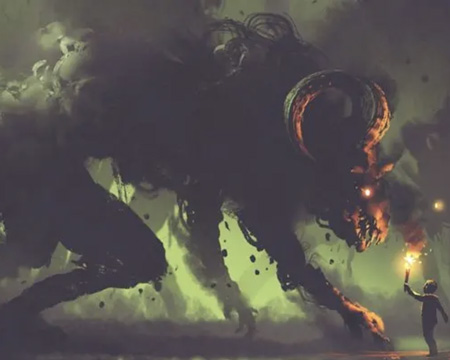 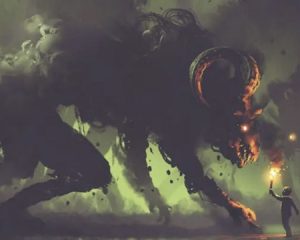 A global and massive shift in consciousness is happening.  So far, in my personal experiences, a shift in consciousness has never happened without bringing its load of fear, chaos, confusion, and inner war. Sometimes in such furious ways that it even felt more like regressing than expanding. It seems that for consciousness to expand further, whether it is at an individual level or at a collective level, fear, confusion, and death will join the party as purifying agents, part of the process. I am not saying that we should do nothing about people suffering or dying because this is part of a cosmic plan. But rather, as we take all the actions we can to help others and ourselves to live in better environments, we also need to learn how to be more at ease with the inevitable pain of witnessing others suffering, and even more important facing our own demons instead of trying to avoid them at all cost.

Medicine plants have shown me many times how far the black rabbit hole can go, and I totally understand why so many people would prefer to avoid confrontation with inner fears. But you see, it is interesting… we live in a world, where we have accepted, even if it can be quite painful, that there are wars, genocides, child abuse, and all kind of terrifying atrocities going on in the world. We can imagine it or witness it, feel the pain and go along with our lives. But there is something that not many people are willing to face and accept, something so terrifying and confronting, that we would rather ignore its existence: our deepest fears, our own demons.

The way I see it: unless we confront all the fears inside us directly, they will keep on showing up in our reality as wars, violence, cruelty, and so on… we will stay in a sleeping state and we will feel the pain of separation again and again until we have the courage to confront it fully. Only love is powerful enough to transcend that amount of darkness, only by stepping into the awareness of oneness and seeing through the eyes of love can we see the ugly demons for what they really are: terrified-particles-energy-kind-of-thing that cries out its unbearable pain, asking desperately to be embraced by love, while at the same time pushing love away, knowing that the ugly-monster-aspect will not survive the radiant light of love.

In a way, all the atrocities we can see in the world started with someone not willing to face their own fears, or simply not being able to face them, resulting in being lost in the illusion of separation that only disappears when embracing the awareness of oneness. It doesn’t mean we have to cease to be an individual, but rather being both at the same time and embracing this duality-paradox: being at the same time the persona looking for change and improvement, and the awareness witnessing that everything is perfect as it is in every moment.

I think the coming years are going to be very confronting for all of us. The insane amount of darkness that we have buried for so long is now exploding into our face, and yes, it is inconvenient… It is inconvenient to wake up and realize how insane the world we live in really is. It is inconvenient to see wars still happening, people suffering and dying because we have given away our sovereignty to greedy and easily corrupted people running government corporations, telling us how to think and behave. But there is no us versus them, there is only a shit load of fears that we urgently need to learn how to dance with. I realize that all the work I have done on myself, all the retreats, plant ceremonies, and so on… were actually meant to prepare me to die beautifully, to dance with death without fear, to have the courage to look at my worst demons right in the eyes and say: “you are so loved”.

It is now crucial that we completely inhabit and stabilize the presence of awareness within every particle of our body, mind, and electromagnetic field, so we can navigate our daily life in a more grounded, expanded, spacious, and trustable way.